How to make an EPIC fundraising ask: The story principles of successful major gift requests

Please join us for our NPO CONNECT November Meeting.

In this workshop, Professor Russell James will be sharing insight into how to make an EPIC fundraising ask!

Want to make an EPIC fundraising ask? Start with an EPIC story for your prospective donor hero. This presentation looks at the science and the story principles behind powerful major gift requests. We’ll look at fun examples from the hero’s journey archetypal “guiding sage” characters like Obi-Wan Kenobi, Morpheus, and Gandalf the Grey. But beyond the fun stories, this presentation dives into the phrases and strategies that work in the real world to make a compelling fundraising ask. 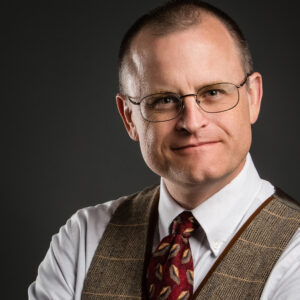 Prior to his career as an academic researcher, Dr. James worked as the Director of Planned Giving for Central Christian College in Moberly, Missouri for 6 years and later served as president of the college for more than 5 years. During his presidency the college successfully completed two major capital campaigns, built several new debt-free buildings, and more than tripled enrollment.

Dr. James has published research in more than 75 peer-reviewed scientific journal and law review articles.  He has been quoted on charitable and financial issues in a variety of news sources including The Economist, The New York Times, The Wall Street Journal, CNN, MSNBC, CNBC, ABC News, U.S. News & World Report, USA Today, the Associated Press, Bloomberg News and the Chronicle of Philanthropy and his financial neuroimaging research was profiled in The Wall Street Journal’s Smart Money Magazine.  He is author of several books including The Storytelling Fundraiser, The Epic Fundraiser, The Primal Fundraiser, The Socratic Fundraiser, Inside the Mind of the Bequest Donor, and Visual Planned Giving.